After the dhuni rain

The sun is rising on a beautiful clear blue sky in the Heartland. We have had a day and night of heavy rain, the remains of Ike that hit Texas yesterday. We sat out yesterday afternoon under the back carport awning watching the torrent as it beat on the metal roof over our heads. Baba has thoroughly watered this place after we lit a dhuni fire Friday night!

This weekend our local Baba buddy from OKC has come out for a visit. We were going to attack a couple of caretaker maintenance type chores but mostly got “rained out”. The old house has lots of wood doors that warp and stick during humid times, the basement door needs to be changed and there is some moldy furniture in the basement that needs to be removed. Stuff.

Looking forward to two new pilgrims who are coming this week. One early in the week coming from the East coast, DC, and a second by the weekend from Washington state. Washington to Washington! Baba keeps attracting people to His place here. My friends back in Oregon keep asking, why anyone would move to Oklahoma! It just gives me a chance to tell them about Meher Baba and His Center here. 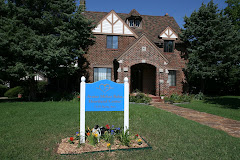 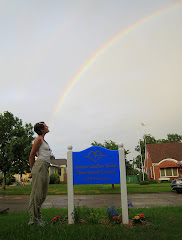